Guide to Spaying or Neutering Your Dog 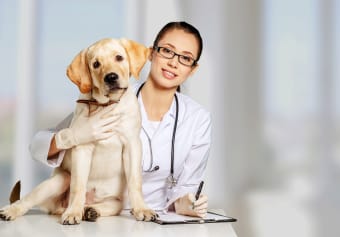 We often get questions from new dog owners in Torrance and Carson about whether or not they should get their puppy spayed or neutered. Here, we will explain how spaying and neutering can help to prevent unplanned puppies, and benefit your dog's health.

Should you get your dog fixed?

According to the ASPCA (American Society for the Prevention of Cruelty to Animals), approximately 3.3 million dogs enter shelters every year across the USA.

Spaying or neutering your dog is the best way for you to help reduce the number of unplanned puppies each year while also improving your pet's behavior and reducing their risk of certain health conditions.

What is the difference between spaying and neutering?

First and foremost, it is important that you understand what the phrase "fixing you dog" actually means. "Fixing" is the blanket term that is used when discussing spaying or neutering a dog.

Spaying is a surgical procedure which involved the removal of a female dog's reproductive organs. This is either done through an ovariectomy (in which only the ovaries are removed) or an ovariohysterectomy (both uterus and ovaries are removed). After your female dog has been spayed, she won't be able to have puppies.

For male dogs, castration, or neutering, involved the removal of both of their testicles and the associated structures. After your male dog has been neutered, he will be unable to reproduce.

Benefits of Spaying or Neutering Your Dog

On top of reducing the risk of unwanted puppies, there are many other benefits to having your pup spayed or neutered.

Spaying your female dog can help prevent serious health problems in them such as mammary cancer or pyometra.

When Should You Get Your Dog Fixed?

The timing of these procedures are influenced by a number of factors, but spaying and neutering can be done on puppies as young as a few months old. Historically, puppies were spayed or neutered when they were between four and six months old.

Should should speak to your vet to determine the best age to spay or neuter your new puppy.

We look forward to meeting your precious pet at Torrance Companion Animal Hospital.